One of the things we had wanted to do while Morgan was here was go to a theme park. We originally had decided on a smaller theme park –but after looking into things, we decided that Thorpe park had more of an assortment of rides that would give us all a better time.

We chose the date, bought our tickets and headed out for a day of fun.

Amanda and I were originally a little worried since we always feel compelled to go on all the rides (especially the scary ones!) even though we usually end up getting sick.

The day started with this gem: 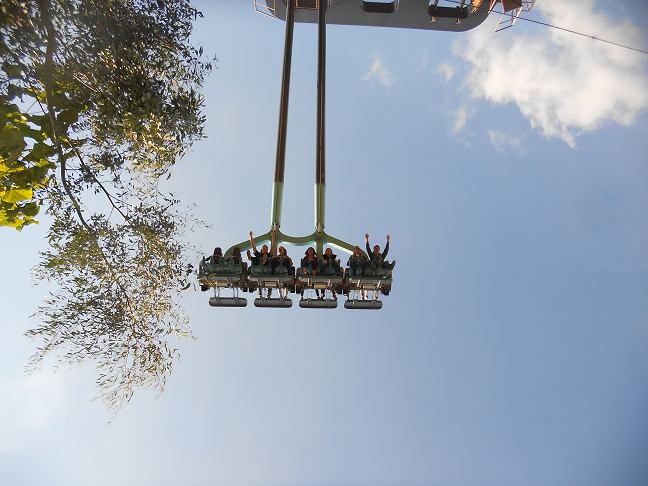 While it doesn’t look that scary (and it really isn’t) it was a bit sickening. The seats went up then dropped. The dropping always does me in. You can see Morgan and I in the above picture (between the people with their hands in the air). Morgan LOVES such rides so she laughed while I busied myself by screaming. Ahem. 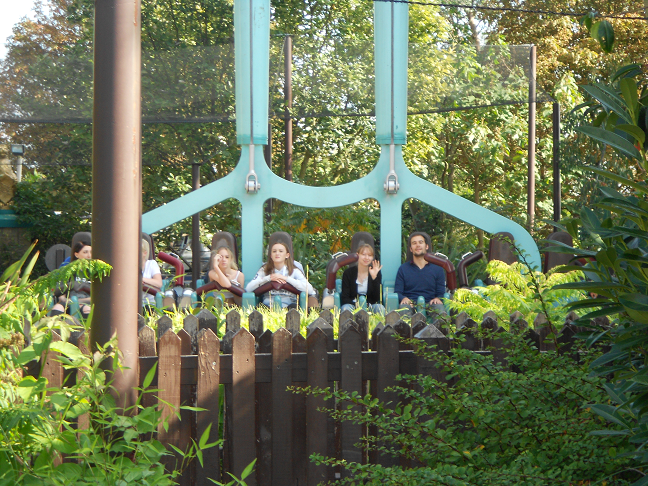 The next rides were a combination of fun and entertaining –nothing to scary, but nothing to boring either.  Rides like this one: 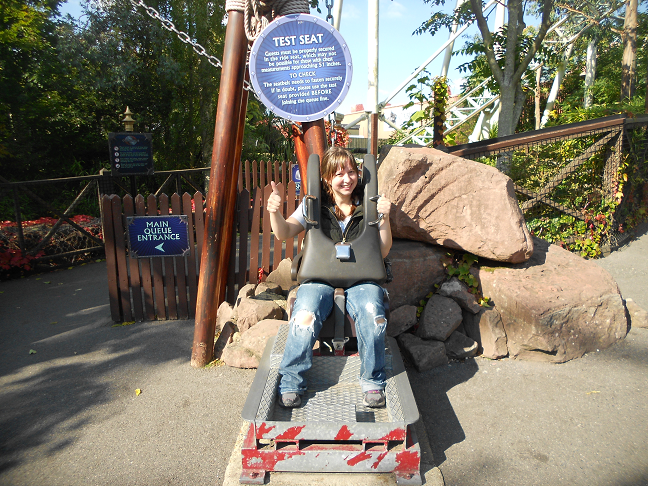 Mr Judah wasn’t impressed with this ride.  I failed to mention that this wasn’t a ride, but rather just a seat.  After he sat in it he told me I “Tricked him” because it didn’t do anything.  Woops! 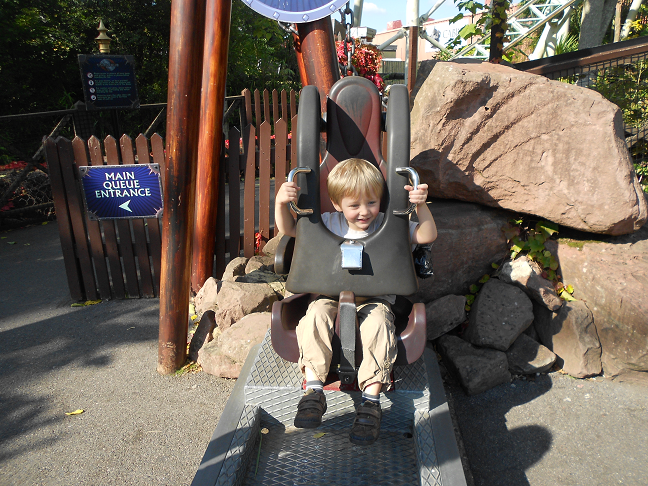 One of the favorite rides of all of us was the log ride. Since the park wasn’t that busy –they let us ride again and again. We told stories –while perfecting our southern accent (since the ride narrator had a southern accent) and collected money (you would be amazed at how much money was lost in those logs!) 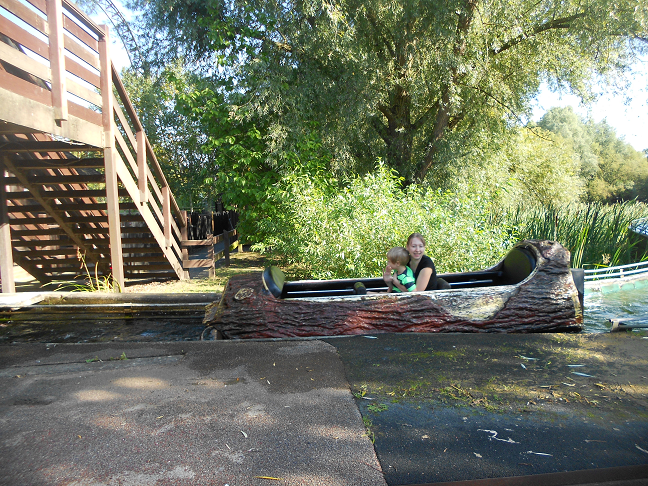 We came prepared with our swimming clothes -underestimating just how cold it would be!  We were pretty much the only people in shorts! 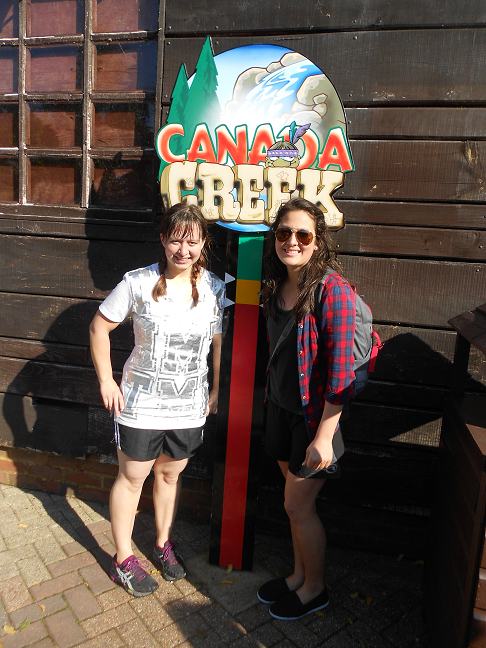 Another ride Amanda and I were (thankfully!) smart enough not to go on since it looked really scary! Morgan and David went together while Amanda and I discussed the more important things in life: such as ice cream. 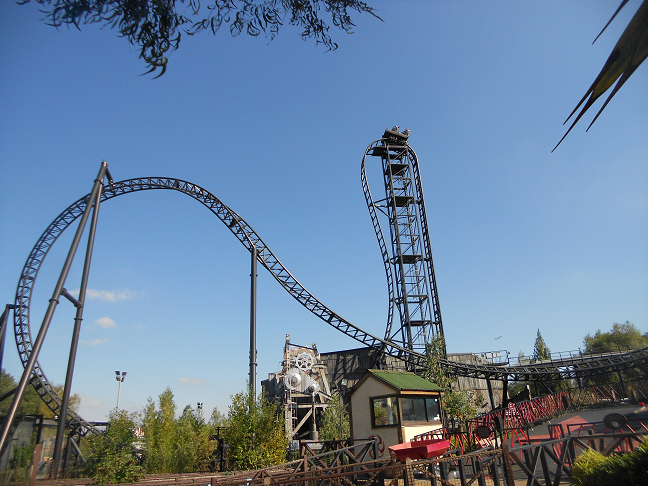 We then hit up another ride that was a good combination of scary and fun –it was so much fun in fact, that Morgan and I decided to go again (without even getting off!) This proved to be a bad idea, especially just after eating lunch and Morgan got sick.

It was a great day out!