Our fourth of July’s are generally pretty low key -but with Amanda and Co being in town, we made the most of the day!

It was shockingly sunny! I think there have been maybe 2 or 3 fourth of July’s that I actually remember it being sunny. Most times its cloudy, overcast or pouring rain. Not this year!

I know a few people had a hard time with our parade this year -saying that it was too much of an advertisement and had nothing to do with the real reason why we were celebrating. I think of it more like our town gathering together to have some fun to help celebrate. I don’t know, I think it was fun and quirky -much like our town!

I never do a good job of getting pictures of the actual parade -usually someone jumps in front of me or I catch the rear end of it. This year I was too excited about things to get too many pictures.

Here were a few of the highlights: 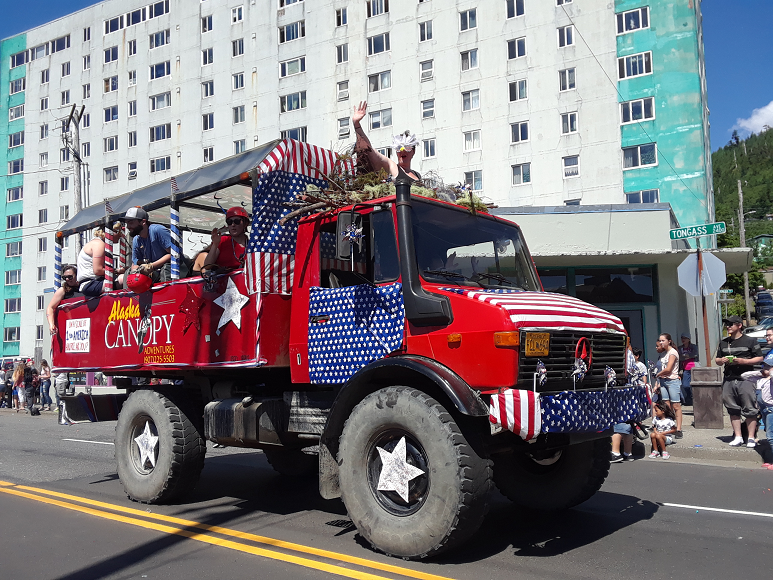 Of course there were some games to help pass the time:

Cutest little coffee thief -it’s a good thing he was cute too, because I don’t generally let just anyone steal my coffee!!

We even got a family selfie!

It was so hot, we decided to stop into McDonalds to get some frozen lemonade -us and 1/2 the town! But apparently they discontinued that. We settled for mango smoothies instead. 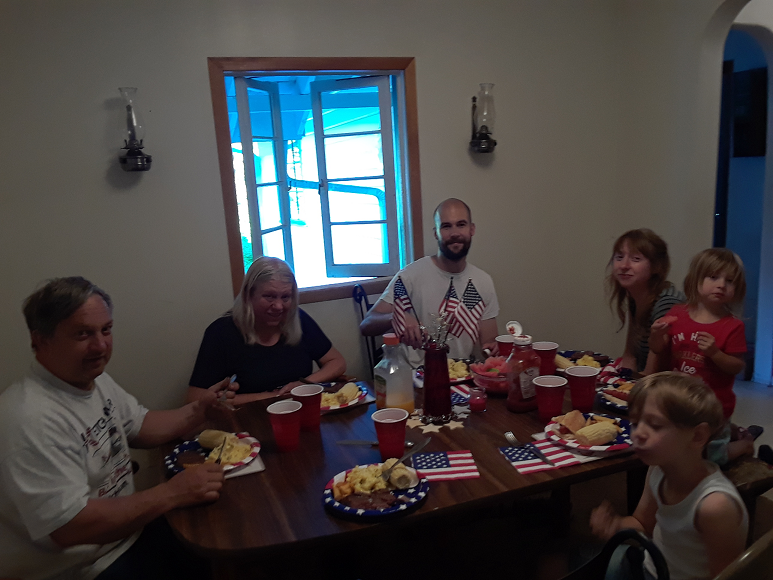 … then off to the fireworks. Our towns fireworks are unique in that, they send a barge out to the channel and set fireworks off from there -over the water. It always is a fun show. We have made it a tradition to get hot chocolate from a little restaurant around the corner…seeings how it ALWAYS is cold!

We had an official tailgate party this year in the back of my truck with hot coco -watching fireworks over the water!

And of course, Yoshi’s thoughts on fireworks, parades and all the festivities in general: