When we first started planning the trip, we really wanted to see the Big Sur area, it seemed to be on the highlights of the CA 1 route, but midway I realized that the road was closed due to a landslide last year sometime. This meant that we were going to have to backtrack in order to get to our destination.

King city had nothing to do with our trip, other than the fact that it was within our scheduled driving time and had some decent priced motels.

Our day mostly consisted of driving along the windy coastal road, seeing the sights such as these: 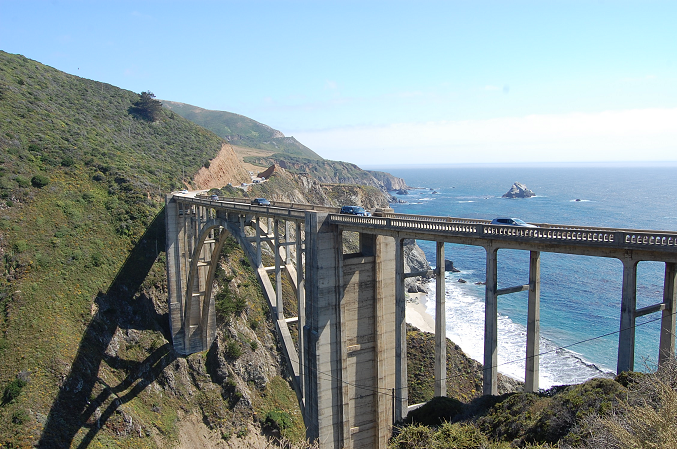 We were all a bit terrified of the edge!

We stopped in at the information desk to get some info on where we were and learned there was a ‘beautiful waterfall’ in the area. Since the road was closed ahead, we decided it was worth a shot.

The McWay Falls -it cost $10 to park, but they didn’t accept credit cards and didn’t have anyone available to give change. We scrounged the car and pulled together about $7.52 -we had 20 dollar bills, and a few pound coins but that was it.

After asking a handful of people if they could break a 20, we finally got enough to pay for parking.

Unfortunately, our expectations for waterfalls are fairly high are we weren’t really impressed with it. We couldn’t get too close and part of the trail was closed. But we took a few pictures and carried on.

There was also a beach that was a really nice one -there was a shuttle available to take you down there, but it was going to cost us about $40 -and unfortunately, the parking lot was full. So we took a pass.

On the way back, traffic was stop and go -so we decided to stop at a beach and got our fill of sand. Literally.

It had big waves and sort of a rocky like sand, but it was a nicer stop than being stuck in traffic.

We also made a random stopover to see some of the views: 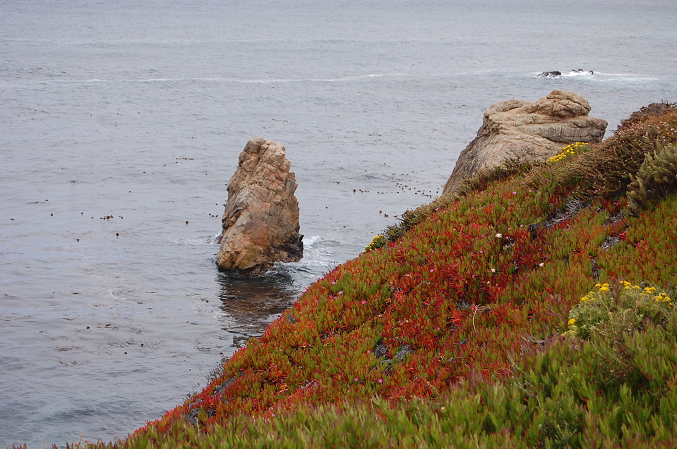