This was the last week of Sunday school for the season. That combined with the fact that it is a holiday weekend, I didn’t expect to have a lot of kids. Last week I had two. I was expecting maybe two this week. You can imagine my surprise when I ended up with NINE little students. At most, I have had six, so I usually plan for six -then walk away with a lot of leftovers.

This week I didn’t have enough! But we made do. I actually enjoy having more kids -it encourages a lot more interaction and engagement, especially at their age.

This week we were talking about faith. Faith that God will keep His promises. The lesson plan had a few varied scriptures, but I mostly stuck with Hebrews 11.

We talked about how these examples can help strengthen our faith -and I tried to emphasis that while we can see how things ended for these people, they didn’t have the end results. They were living through it -having faith wasn’t any easier for them. Yet they trusted and believed God -and we can do the same.

We played a quick game I called “By Faith” (original, I know) -where I gave a few clues and had them guess what person (from Hebrews 11) I was talking about. Clues such as “They thought I was crazy for building something” -with the answer being Noah (Hebrews 11:7) And harder ones such as “My son tricked me into giving him a blessing intended for his brother.” -with the answer being Isaac. (Hebrews 11:20)

I had planned to let the kids make their own “By Faith” books -I pulled a few of the more familiar verses from Hebrews 11 -and printed them out and was going to let them each illustrate each verse. But since I had only planned on six, and ended up with nine kids (NINE!) I had to improvise.

Some ended up with “By Faith” papers and some had books. I was mostly just trying to keep glue from exploding.

The “book” was made from a few colored pieces of paper stapled together, with the words “By Faith” on the front in bubble letters so they could color it in:

My example had pictures printed out, but since many of the kids in my class are very expressive artists (see: Blue Donkey) I figured we could buy some time by letting them illustrate their own.

If I did it again, I would probably have printed out the illustrations, but I think the main point got across. Although they were all more excited about the rock I had brought to illustrate another point. But I digress. The last page was meant to be blank, intending for them to write their name in to remind them that they too, can have Faith. 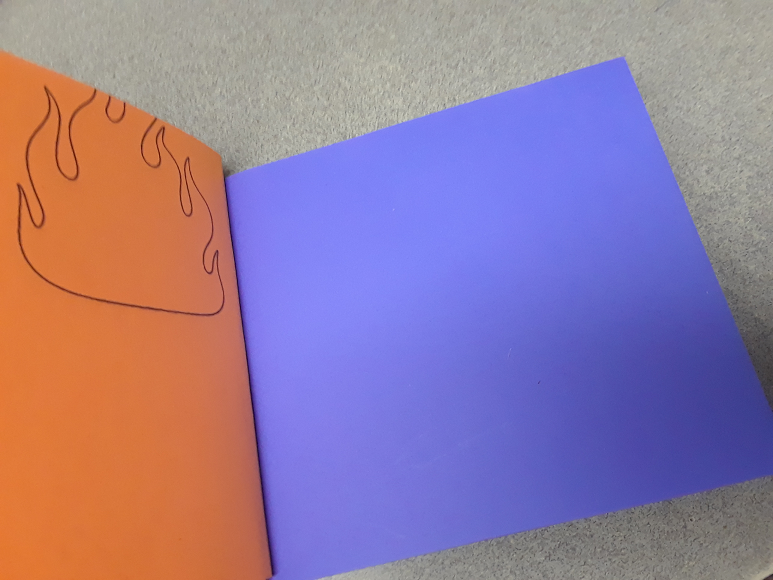 But as soon as we got to the table and papers and markers and scissors started to fly, well, I’m not entirely sure who ended up with with. I do know that there were globs of glue and jewels and plenty of giggling going on, so I can only suspect there were a few light sabers in there somewhere.

We ended the year strong, and I hope that at least some of the important stuff stuck with them.