After a long day of driving, we were very happy to have a rather quieter day.  We stopped in at a castle along the way -because why not?  When in Ireland -you stop at as many castles as possible, right?  Anyways -this one was called the “Bunratty Castle” -not pronounced the way you would think!

There were signs all over the place saying things like “Earl’s kitchen” and “Earl’s bedroom” -so we started referring to the ‘owner’ of the castle as “Earl” -at one point when going down some very steep, and windy stairs, Morgan commented that “Earl must have died going down them.”  It was pretty much the funniest thing of the day.

We also went to the Cliffs of Moher.  We walked along as far as we could, daring to go to the very end.  We were about 1/2 way there when we both suddenly got so tired.  We resolved to thinking that we would have to pay to get to the very end -and that the views weren’t that great.  At least that is how we comforted ourselves when we turned back.

The views were amazing -but the walk was long, cold and it was really windy!

As we continued we also saw “Black head” which was a random ‘beach’ filled with crazy looking rocks.  We also stumbled upon a tiny little castle looking building in the middle of nowhere, so of course, we stopped.  It turned out to be a spring of sorts and had a sign up that it was drinking water.  So of course, we drank some.  We are both still alive and well.

Then of course, we found what was referred to often as “my house” -a tiny shack in the middle of nowhere with no roof but an amazing view.  I figured I could live without the roof -especially since I had an awesome view to make up for it!

It was an awesome day filled with amazing views.

When we came out of the castle -to our surprise there were TWO of our cars!  One for each!  The rest of the time it was a running joke that we only parked next to red cars.

I was a wee bit excited about this sign!

Off to the cliffs! 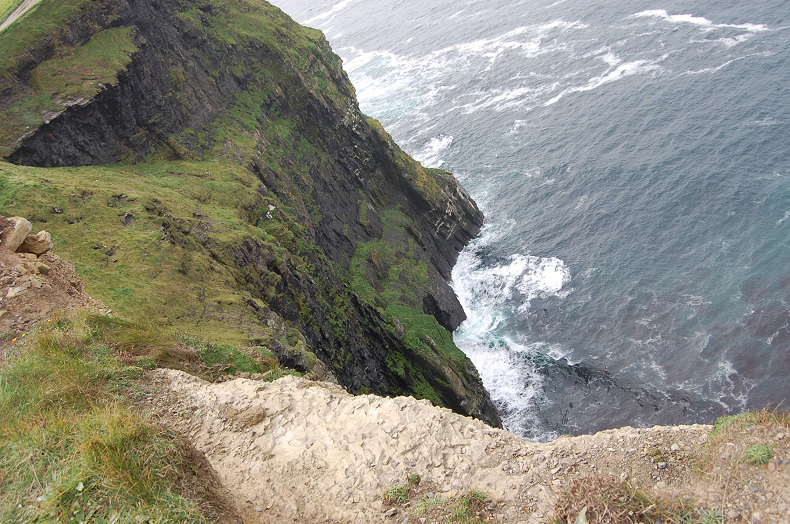 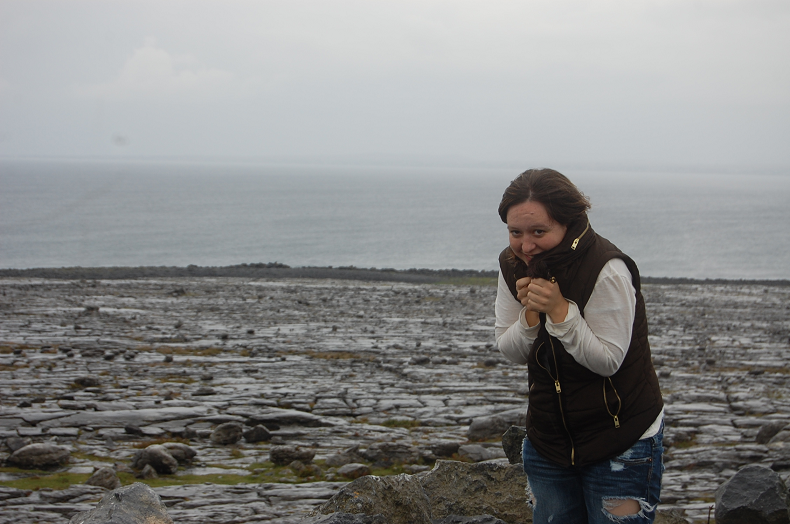 The “castle” that turned out to be a water spring. 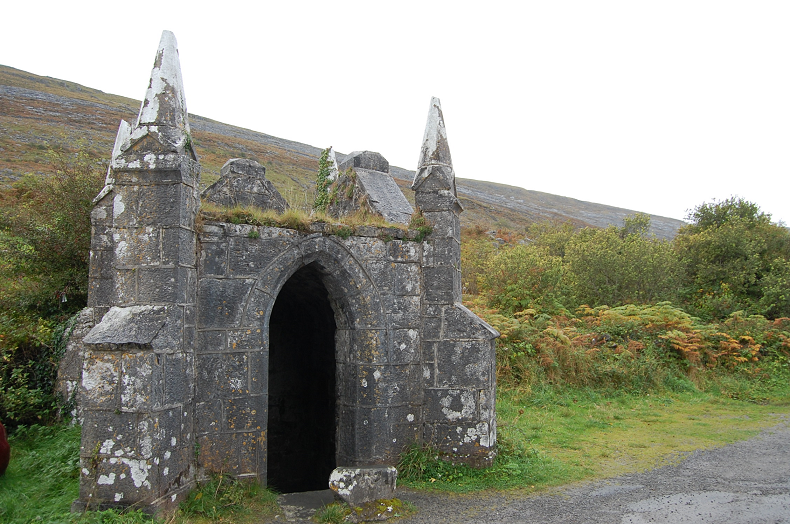