We spent the day in the Blue Mountains.  An awesome day filled with so many adventures. 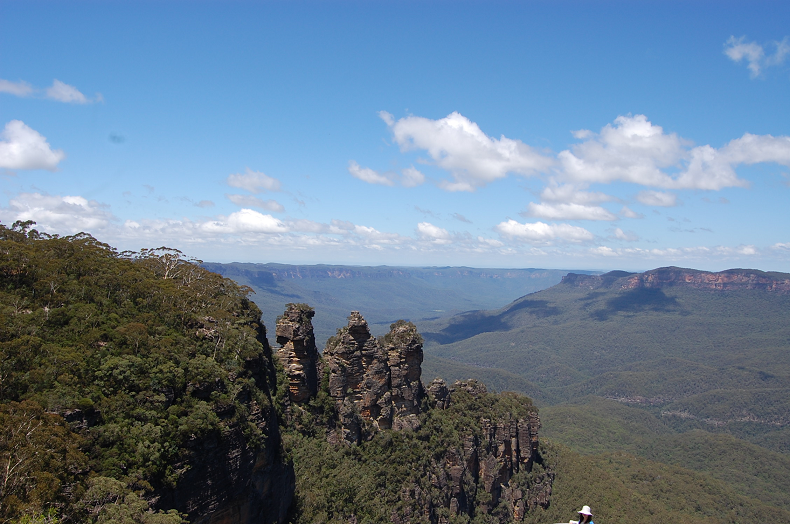 After taking a 20 minute trek down a trail, carrying the push chair up and down windy trails and stairs, we arrived at our destination: The Katoomba Falls.  While they weren’t 100% what we were expecting, we weren’t able to access certain parts due to the push chair / amount of stuff we had brought with us.

The views however were amazing, and the weather gorgeous.

By the time we caught the skytram back -we missed our connecting skytram, and worried we would have to take a 2-3 mile walk, in addition to our mile+ long walk back to the train station.  Fortunately someone told us there was “One final bus” that was getting ready to depart if we hurried.

Frantic, as to not miss the last bus we ran to the stop.  After waiting 15 minutes a trolly appeared.  We barreled on the bus…”Before you all board…you should know this isn’t a free bus!” We stopped.  Apparently it was a $25 tour bus.  But he was the last bus -and he was nice enough to give us a ride…not just to the stop we were hoping, but all the way to the train station.

The people have been so nice, friendly and helpful -making this trip even more awesome.