A “You’ve been elf-ed” Project: 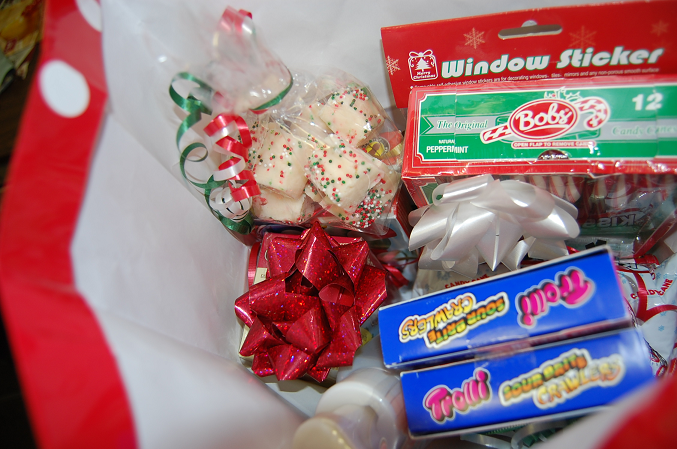 Followed by 15 boxes to various relatives, and not pictured, 50 some odd Christmas cards and pictures. 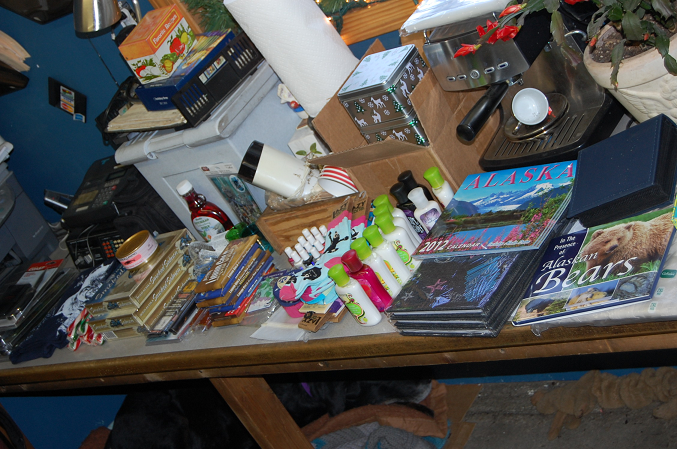 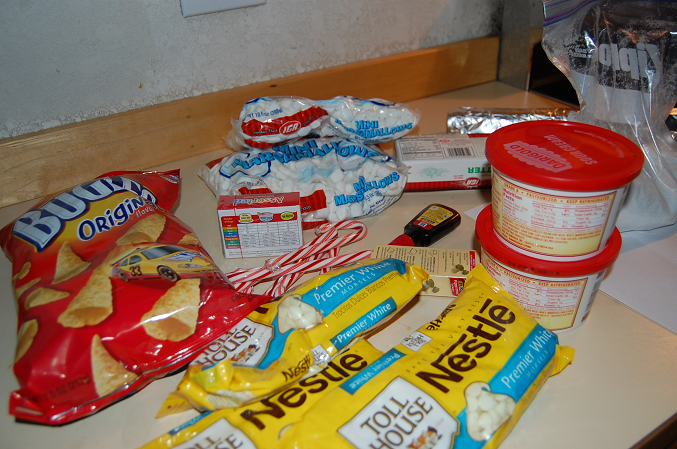 We ate the bugles and made more fudge instead.

I babysat and made cardboard trees with the kids. 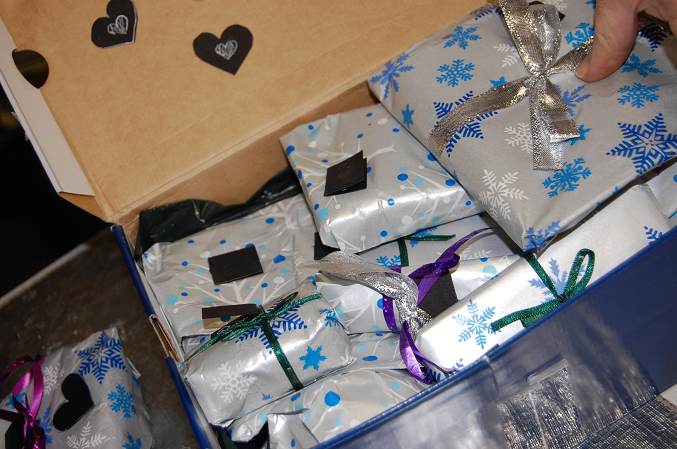 We got a tree and got it up and decorated A WEEK before Christmas – Usually we are trimming the tree Christmas Eve! 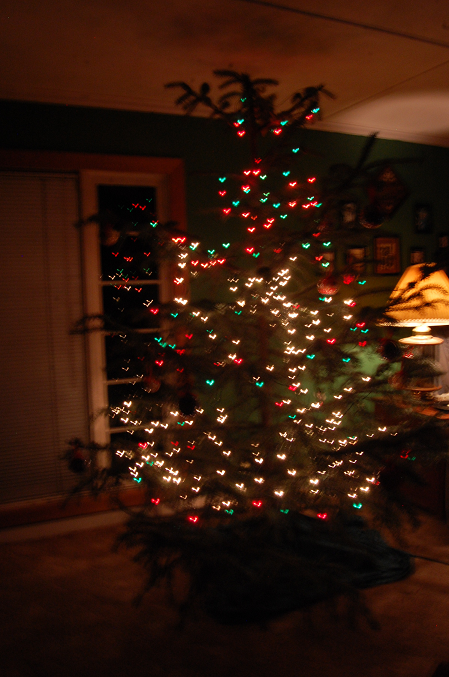 We stayed up late chewing bones under the tree…

While others stayed up trying to get pictures of the tree…and finally had to settle on some cool light shots instead. 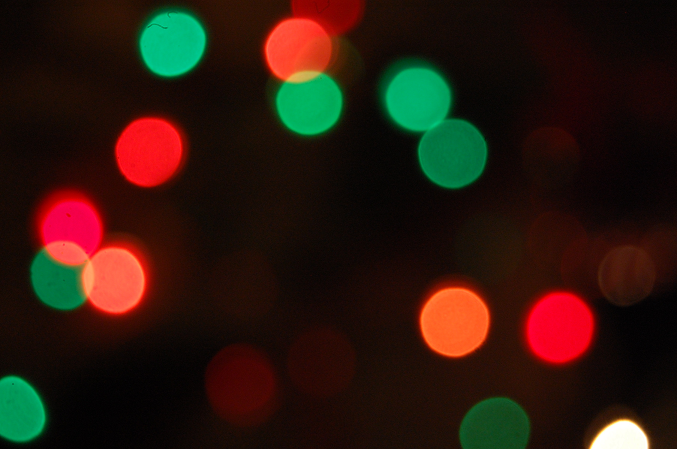 Then we woke up Christmas morning to find out Santa still comes! 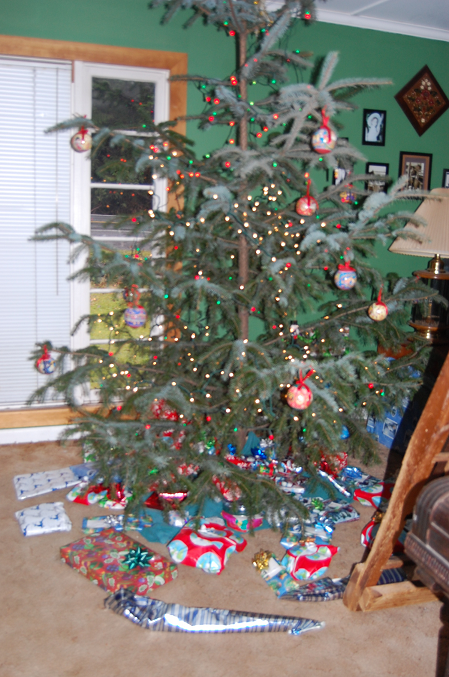 {Then we went to church, played hand-bells, came home, got an attitude, and waited a few hours before finally ripping in}

To find Jim-Jams!  And the first season of Walking Dead! 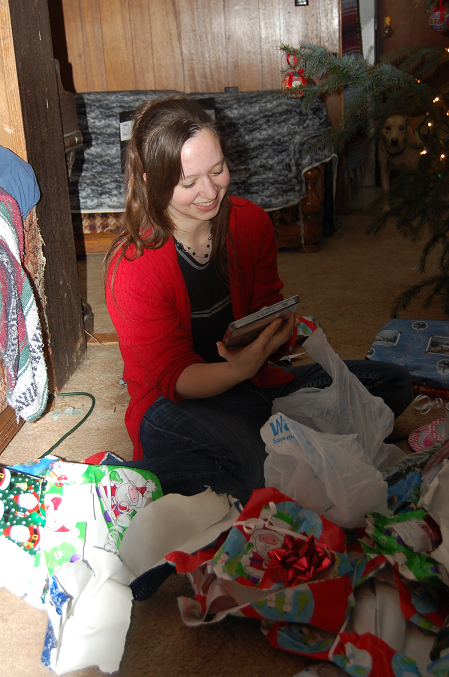 And of course, candy!  Santa raided the candy store this year!  Gooo Santa!

Yoshi got a bone, and unwrapped her first gift (after opening it Christmas eve)

And even shared with Slim

Merry Christmas!  Overall we had a really great day, and not just because of the gifts.  Hope you had the same!