I was a little bummed about this weeks capture.  There have been no sunsets this week.  Infact we have gotten maybe a handful of sunsets this year.  Its been wet, rainy, and soggy.  Really.  And back to school?  Well, there hasn’t been much of that for our family!  I wasn’t sure what to do, but then yesterday, I got an idea!

Dad just returned from having surgery.  Since he isn’t supposed to lift over 15 pounds, that pretty much cuts out any work for him.  Also he cant really bend/lift without hurting himself right now either!  But with him being the only source of income, and the only one able to work – we were somewhat worried.  We also had a few frantic and worried customers as well!

After a rather, freakish moment in which I realized how desperate we were, and really how helpless we were to do anything, we decided that we, would help!  Im sure dad rolled his eyes mentally when we purposed this idea.  Three little monkeys were going to help!  Sure.  Sure they were.

David was probably the most help out of us all, lifting, sanding, drilling, bolting, unbolting, timing, everything involved in an engine job – all while dad pointed, and told him what to do.  Amanda and I provided the entertainment, tunes, and coffee.  Hey, we helped!  We also cracked jokes, took pictures, and had screams on demand.  Mom tinkered around picking up stray tools, and garbage.  By the end of the day – we were all simply exhausted!  But it triggered an idea in my mind – It was pretty much like school.  Dad was teaching David how to do something, so in a round about way – it was “Back to school” in a not so “Back to school” sort of way.  A stretch, but it fit, I thought, for us atleast!

It was in a way, “Back to school” for Amanda and I, a few years ago, we spent the summer working on go-kart engines, it was on a much smaller scale of course, but it was kind of neat to remember everything we had learned, and see it on a much MUCH bigger scale! 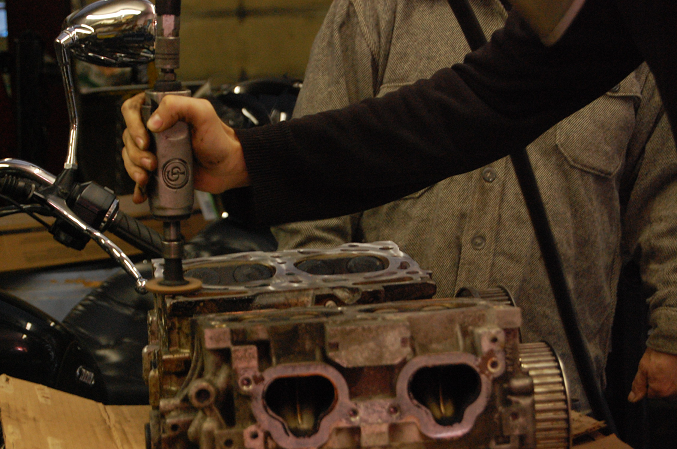 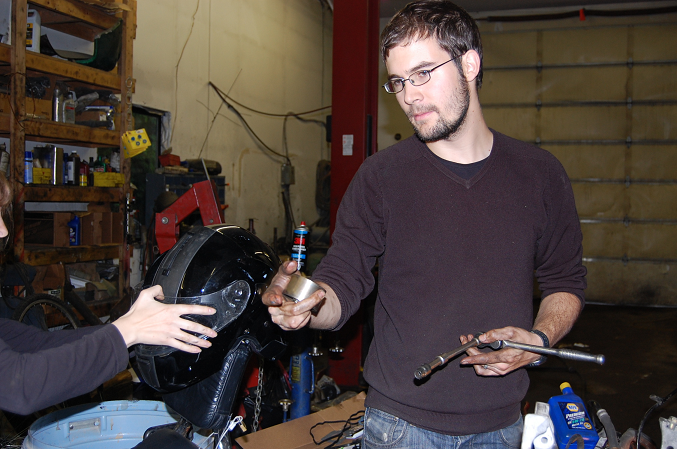 See? I was there! 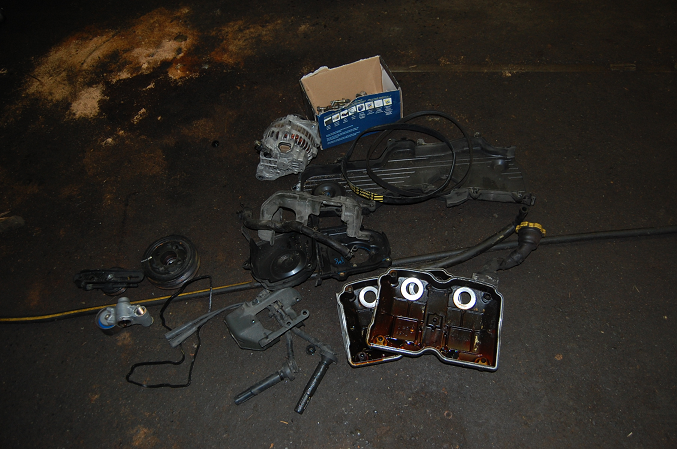 This will make an engine!  No, really!  It will!

“Were done for the night.”

One thought on “You Capture: Back to school”