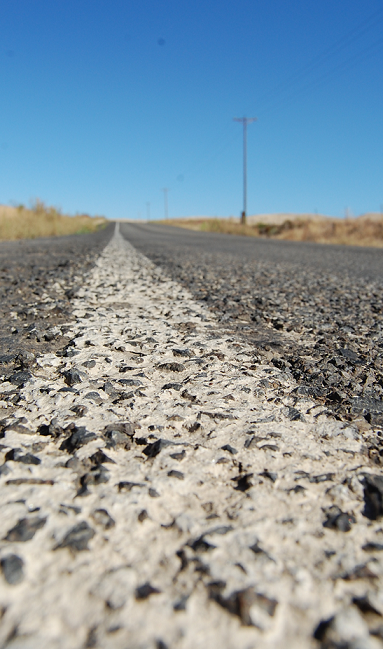 When I was younger…I had this dream…

I don’t know where it came from, most likely influenced by the group of friends I ran around with – or my mom.  Im not entirely sure.  But it was there one day.  I remember clearly chasing my friend on her bike – yelling after her that my plan was AWESOME and I couldn’t WAIT until we were grown up so we could do it.  She didn’t share my passion, and rode off down the road while I trailed behind her yelling something about the color of the van we would use in this plan of mine.

Was simple enough.  When I got old enough – my friends and I – would get a van – drive to Russia and load it up with the orphans…then drive home.  Don’t judge.  I sometimes wonder if life becomes more difficult when we get older because we are painfully aware of how many things are simply…impossible.

Knowing now what I didn’t know then – I know that plan isn’t, nor would it have been, possible.  First you cant DRIVE to Russia.  Secondly…you cant just load a car up with kids…and drive off.  And Russia?  Don’t know where that came from really.  But then, the plan was real.  It was visible.  It was doable, and I just KNEW my friends would be on board with me.  Knew it.

That was about ten plus years ago.

And while the plan to drive to an orphanage in Russia has all but disappeared off my radar, I have been asking God, that if it is His will, to use me.  I want to do something for Him.  I want to serve Him more.  I want to give back.  And while I know I can do that here, right now, where Im at…I sometimes guess I think I have to GO SOMEWHERE and do it.  I really just want to go out there and tell the people who don’t know!

But theres the problem.  Me and talking.  Speaking.  We don’t exactly…get along.  If I know you, I can talk.  But if I don’t…I get that nervous must fill in the empty space and make myself look smart, syndrome going on…and usually don’t leave too good of an impression.  Ive figured for the past amount of time, that I need to work on my example.  Just because I cant reach people with my words (or lack there of) I can show them by example…and boy has THAT been a trick!  I find myself yelling at someone in anger, letting the words fly – and I think “I blew it.  I really really blew it” because people arent there watching when my family is all happy and well…they are watching when were trying to get through a problem.  And that’s where I fail.  That’s where I fall.  All the time.

Back on track here…

This past Wednesday, a lady in our church approached me…

They have been planning a youth missions trip to Mexico for the past few months – and someone backed out – and they now had an open place.  She wondered if I would like to go.

Of course, there are logistics involved – something I fail to think about most of the time, and I havent been able to say “YES YES YES!” like I have wanted to quite as easy as I would like to have.  If it were up to me, I would have jumped, said yes, and never looked back…

But you know, I have parents for a reason.  If nothing else to slow me down and make me think things through.

Last night – we went to the meeting.  And she gave a brief overview of what they have already talked about – they are going to be working with kids.  From orphanages.  Who don’t speak English.  It will be a one-on-one time with the kids where you will communicate with the little Spanish we learn between now and then – and body language.

And my heart skipped a few beats.

And my mind went wild.

And I wanted to go…even more.

But then my “logic” side kicked in.  And dollar signs started appearing, and I looked around the room – at the group of 13 other girls and boys going.  All who know each other, who know more Spanish than I do, and who are all more capable and social, and ABLE than I…

The past week my mind has been flipping back and forth.

I want to go.  So badly.  It screams at me.  It taunts me.  I want this more than anything, and I havent wanted that in a long, long time.  Everything about it seems to say “Look, this is the opportunity YOU have been ASKING for….GO.  DO IT.”

And then she prayed.

That God would match us up with the child who needs us, and who we need.

And I could have cried.

Because it seems to be the clearest direction I have seen in such a long LONG time.

And now, amongst the fears, and anxieties of going, and “Fitting in” and communicating, and not being shy…is the fear that 10 days is not going to be enough…

And I will have to leave.

I will have to say good bye.  Or adios.

And what if I don’t want to?

Where is God leading me?  What is He telling me?

To trust Him.  To know He has a plan.  To be still and know…

To know that if this doesn’t go through – that it is Ok.  That He had a better idea.  A better plan.  Its not UP to me to worry or stress about.  Its up to Him to orchestrate…

…and go where He directs.

And it looks like He is directing me to Mexico.

3 thoughts on “Going where He leads”