*May become guilty on demand*

I have a few confessions to make.

First off, I have an irrational fear of cops.  Ok, I don’t.  But I dislike them. Not COPS themselves, but being pulled over by a cop?  Guaranteed to get my blood pressure rising in no time.

I look guilty when accused.  No matter if I have even DONE anything, If you accuse me, I will blush and try to convince you that I am innocent.  I swear I didn’t do it!  Unless you are a cop, in which case I will probably fall to the ground as you pass by and ask which hand you would like first.

All this combined has the ability for disaster, or laughing fits.  Hopefully the latter.

When we were on this recent road trip, we got pulled over by a cop – because mom forgot to turn the headlights on.  No.  Big.  Deal.  Right?  It wasn’t except that David was sitting in the seat beside me, having a hard time containing his laughter.  Apparently my reaction was something closely related to a running criminal, he told me that if he didn’t know any better, that he would have thought I did something TERRIBLE or had a warrant out.  SOMETHING.  Even though I am innocent, really!  When the cop asked for a drivers license, Amanda handed it to mom without skipping a beat.  Insurance?  Right here sir.  Registration?  Of course.  Right away!

David said he HOPED that we didn’t do this at the border.  Amanda and I exchanged a look.  What was wrong with being efficient?  Having all the paper work in order?

Im sure Mark the border man was MORE than stumped.  Why was a 12 and 14 year old crossing HIS border?  Why were they so organized with every. Single. Piece. Of information he asked for ON. DEMAND?  And why oh why did they look so incredibly guilty?

When chaperoning the girls to camp a few months ago, we got questioned by everyone in authority as to where our chaperones were.  More than once Amanda and I looked around behind us (Looking for who they were talking to?  Or looking for OUR chaperones?) and then said that we were it!

We also got told by a marine that he thought we were just a group of girls on our way up to camp.  Together.  High school aged teens on a leisurely trip.  He said he wondered why one “Teenager” was correcting another!

On the same trip…once we arrived at camp.  There is a rule at camp that has been in place ever since we went there as kids (ha, now I feel old).  No “Purpling.”  Girls cant cross into the boys side of camp, and boys cant cross into the girls side.  This rule was installed into our little minds since the beginning of time, and it was still in our heads when we went back this year.  Even though we were technically aloud to cross, considering we were no longer campers, we still took very great caution to avoid becoming a “Purpler” and having to sit in the chair of shame.  The purpler bench.

One evening we were in a hurry (who KNOWS why) to get back, and decided to take a short cut, across the boys area.  A few boys hung off their cabin decks yelling “Purplers!  Purplers!” I started walking faster, looking guilty as ever, while Amanda stopped.  Crossed her arms and yelled “We ARENT PURPLERS!  We are ADULTS!  We are CHAPERONES!”  One guess as to if they listened? 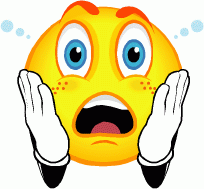 And finally, most recently, and perhaps the funniest…

Just a few days ago I was helping a customer.  He was making a problem out to be bigger than it actually was, and so I waited for him to finish, then simplified it for him.  He seemed taken back, and then blurted out “How old ARE you?  I cant figure it out!  You look about 14 but act 35!!” I blushed, and muttered that I was, infact, 20.

And dont even get me started on helping with the kids program, AWANA, at church…

Im not complaining, I think its fun.  As long as you have ID and don’t mind being carded every single time you want to buy something, like say, a lighter.

Note: None of the above pictures are mine.  They are compliments of google images.