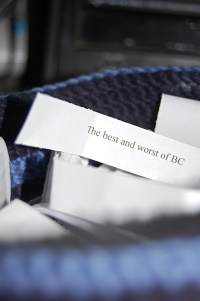 I pulled another idea out of the hat today – and the topic was “The best and worst of BC” Im assuming, that she meant BC Canada (I wasn’t here B.C.) 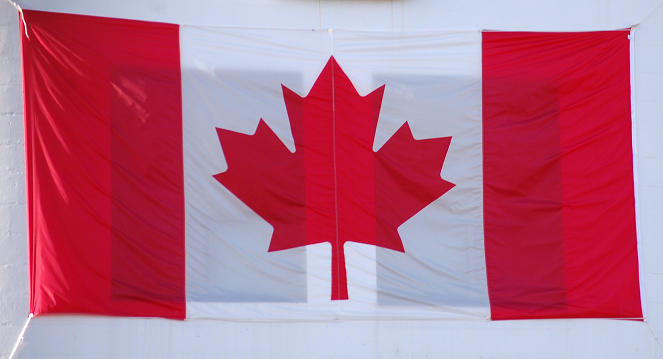 Its about 1300 miles total.  To our final destination.  Or somewhere about that. 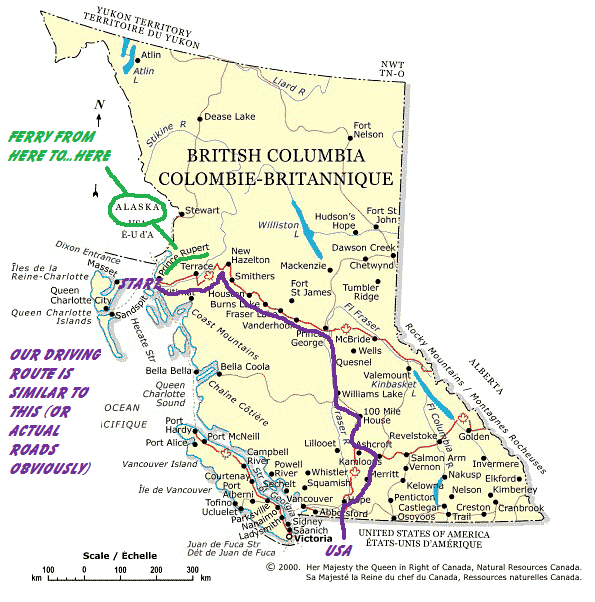 We get through Canada (BC) in about 24 hours.  24 hours of non stop driving.  Which basically means that mom drives all that day, all night, into the wee hours of the morning when we usually pull off to the side of the road and sleep a few hours before driving all that next day.  That’s 24 hours, right?
It all runs together and somehow equals 24 hours.

Anyways.  We drive a lot.  A long long time folks.  And then we pop out in Washington, cross the border, and continue to drive to our nearest relatives house and beg to shower.

The Best (and there are some pretty good moments) and worst (and let me tell you there are some of those too) of BC.  Although I don’t know that I could blame the “Best and worst” on BC itself… 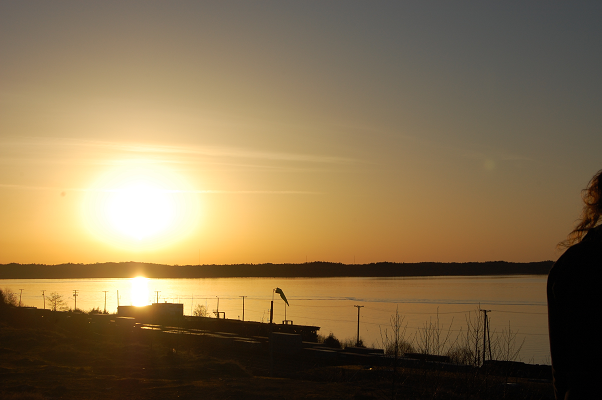 The best:
The scenery – its pretty awesome during the Summer months.  Not too hot, but not too cold. 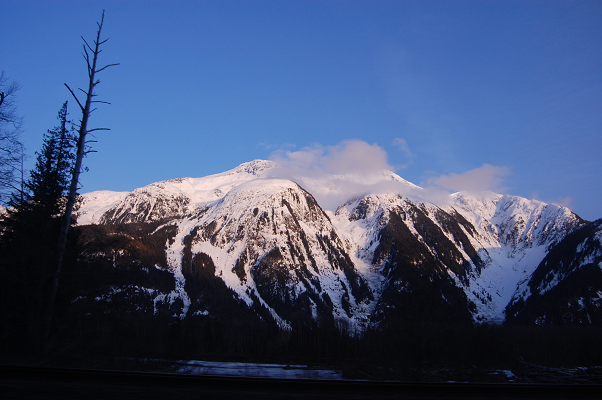 The  company – during the first few hours.
The memories – Enough said. 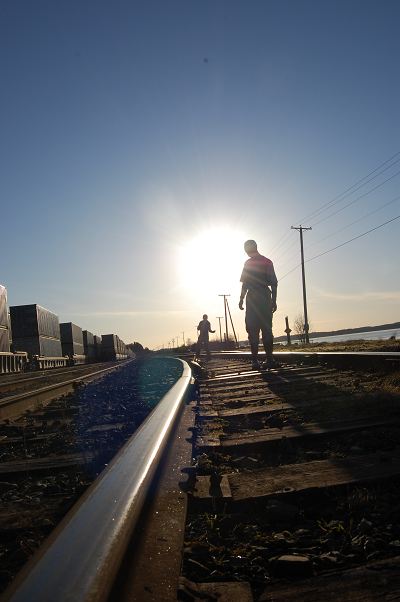 The sleep deprived mental states (oh these are good!) –  After driving with little sleep for an extended period of time, our minds start playing some funny tricks on us.  It leads to some very interesting conversations and topics!

The price – It doesn’t cost nearly as much to drive through Canada, as it does to fly (Just to get to Washington via air is $500 per person – and that’s considered cheep).
Its fun – Despite everything, really.  Looking back, its been a blast.  Just don’t ask me if I love you on the road.  I will say no.  You know I will.  I might even disown you.
Hiking trails – The last time we were “Stuck” in Canada, we attempted to make the best of it, and found a few hiking trails which were awesome. 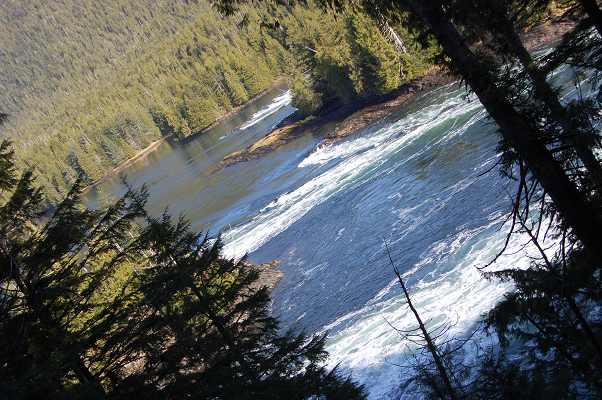 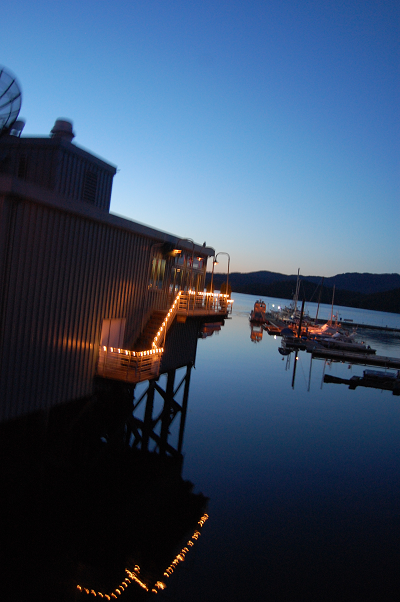 The worst:
Insides out – I once read (or maybe said) that if you want to know a person, inside and out, just go on a road trip with them.  You an confined to a small space, and let me tell you, tempers rage and attitudes fly.  We arent perfect.  We may have set out with perfect intentions, but ½ way through, and we have had it with each other.
The sickness –  About ½ way though, I reach a point where my stomach is done.  It usually happens around 2:30 the following morning after driving for who knows how long trying to survive on carrot sticks and cottage cheese…and while I have only thrown up once – there have been some “I don’t feel so hot” moments that arrive about ½ way though.  The weak legs, empty mind, flat stomach sensation. 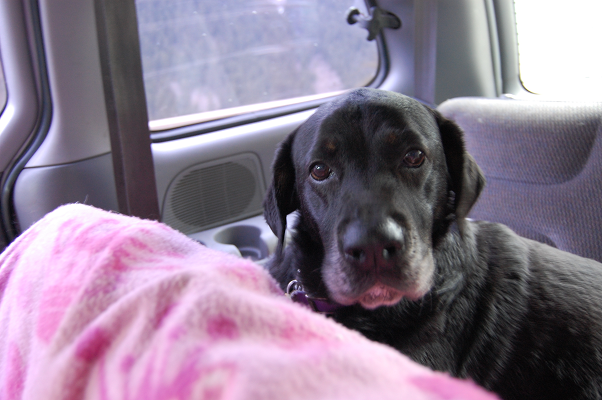 The delays – Every single time that we have taken a road trip.  The ferry, for one reason or another, has been delayed.  The first time, it was for five days.  The second time.  Seven.  We drove 24 hours straight – right to the ferry terminals door step – and the man took our tickets handed them back and said “See you in a week.”  Trapped.  In a foreign country.  With no escape.  No options.  No information.  There have been tears, frustration, thrown coffee, angry words.  Its not pretty.  Darn you border man!  Of course, after a round of tears, we suck it up and end up enjoying our extended vacation.
The ketchup –  Seriously.  Why sweet ketchup?? 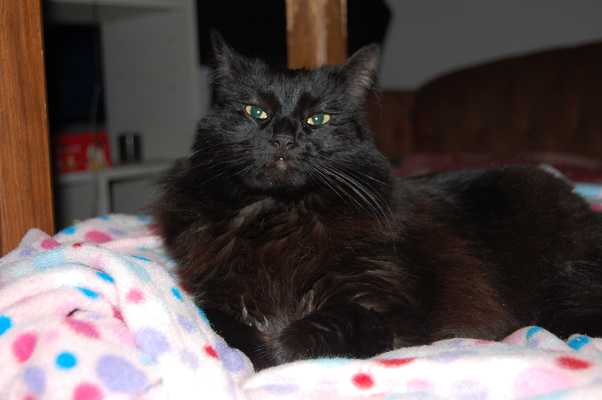 One thought on “The best (and worst) of BC”