Coming from Alaska, I am partial to mountains and oceans. South Dakota couldn’t be any more different than Alaska if it tried. Not that I am judging, or anything. When I took my trip there this summer, we decided to take a road trip west to see some of the more….mountainous regions, you might say. The Badlands looked like a good place to explore…and they didn’t disappoint. The only disappointing part was that we were on a time schedule and couldn’t hike all the trails, we managed to fit in three different ones -but plan to go back and do some more exploring.

The other downside was that not being used to the heat and sun -and not drinking nearly enough water -I ended up with a pretty bad headache at the end of the day. But lesson learned!

I don’t remember for sure, but I am pretty sure we hiked the Window Trail, the Fossil Exhibit trail (which was a boardwalk, and not really a hike or a trail!) and the Notch Trail. We might have done the Saddle Pass, but I can’t remember. All the trails kind of blended together and we were trying to knock out the ones that didn’t take four or five hours!

I know we did the Notch Trail because we climbed the ladder.

It reminded me a lot of the Grand Canyon. 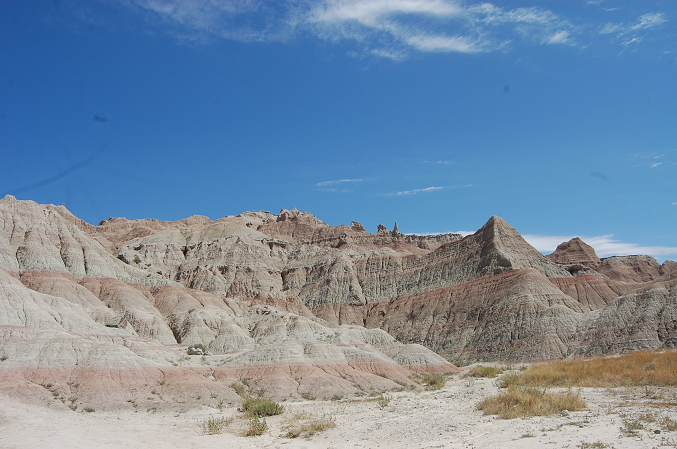 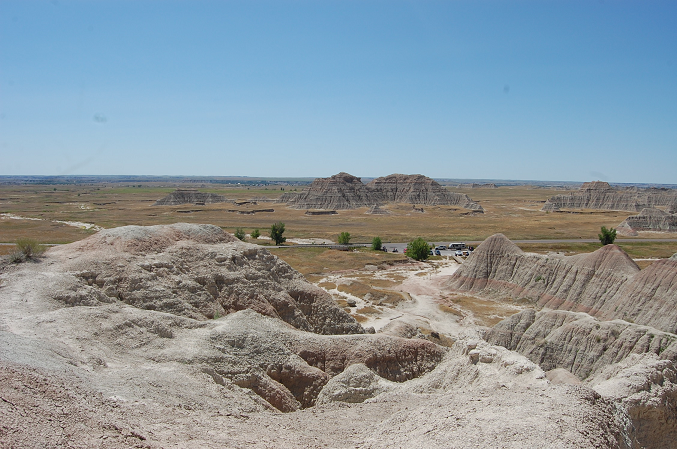 My very own Indiana Jones -who refuses to smile for ANY pictures!

Story: We were coming back from one of the hikes and there was a man sitting off in the distance, his presumably wife, was on the phone telling her friend that he refused to come any further because he was “scared of snakes.” Andrew laughed and said quietly “I don’t blame him.” The lady whirled around and said “…and over here we have Indiana Jones.” He was called that for a good portion of the trip! 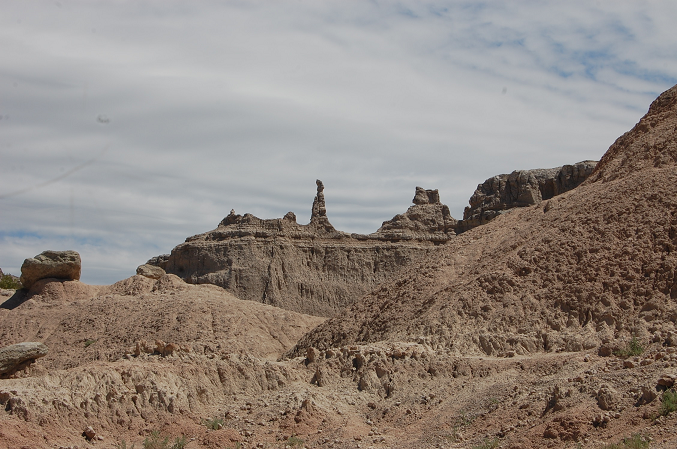 Am I the only one who loves a good sunflower? They are so bright and cheery and just…happy! 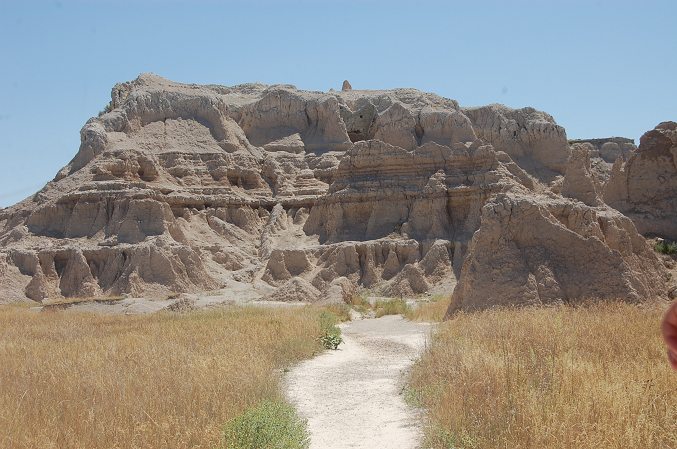 The ladder on Saddle Pass. It looks small in this picture but it was a giant wooden ladder with rungs probably two feet long. It took most people a good 20 minutes to figure out how to get up / down, it took us maybe 5 minutes. At one point a lady yelled at us for “Not taking turns” even though it was A) our turn and B) she had stood at the top staring down for at least 5 minutes before we decided to head up. 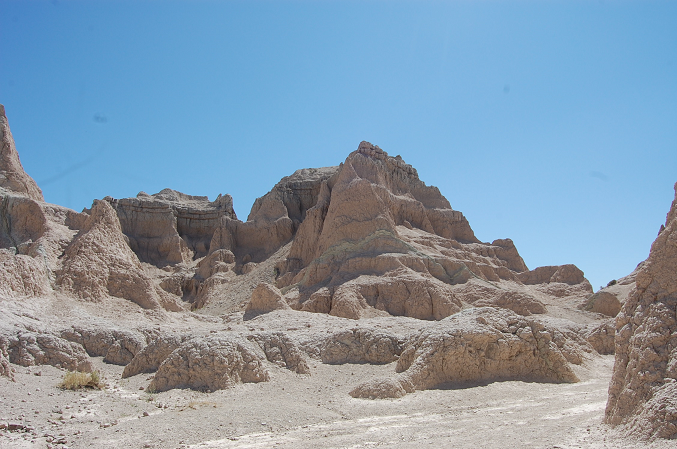 We (I) discovered a few things at the top of this mountain: 1). It is impossible to get a good picture together 2). I should never wear my hair like that -I have no idea what is happening. 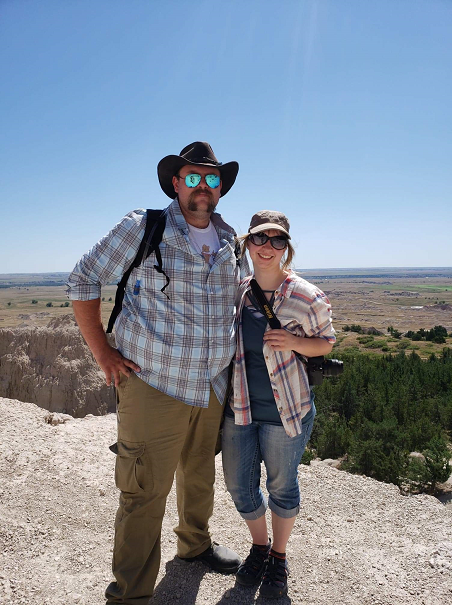 Andrew kept mentioning that it felt like a scene from Starship Troopers…since he had just convinced me to watch the movie with him a few weeks prior, I had to agree. We later found out that part of the movie was actually filmed there. It really made you feel so very small! Can you spot Indian Jones there in the bottom right corner?

One thought on “The Badlands National Park, South Dakota”