For as long as I can remember, I’ve wanted to hike Deer Mountain -an iconic mountain in Ketchikan. But for whatever reason, it has never happened. No one was brave enough to accompany me up there and I really didn’t want to hike it alone.

Which is also why, after getting an invite to hike it -I prepared by buying bear spray, alerting numerous friends, and packing enough food for a six day journey. Seriously people, I was prepared! All my life I have heard horror stories about people never returning. That accompanied with the fact that this mountain was now a very large problem in my mind, meant that I headed out 1/2 expecting not to return that night.

I was quite surprised that, not only did it not take as long as I was expecting, it wasn’t nearly as difficult as I had expected either (insert: hanging off the edge of a cliff, scaling the side of a rock mountain images here). It was a hike -but it wasn’t anything beyond my abilities (which as much as I fancy myself to be, I am NOT a mountain climber by any stretch).

I think we made it to the top (spend an hour or so up there) and made it down within five or six hours. And we weren’t going at neck breaking speeds either -in fact, we carried on a conversation the whole way without being out of breath. The last probably 10 minutes was the hardest -and by hardest I mean, if you looked down it was a tiny bit unnerving.

I will probably get some flax for saying this -but I was rather disappointed when I was finished. I guess having spent 20 years idolizing this mountain I expected…more? The views were amazing -yes…but in my opinion, Dude Mountain has much more rewarding views and is more of a challenge. Either way, I can say I did it. And I survived.

My favorite part, as always -was seeing Ketchikan as a tiny little town. We really do live in a beautiful part of the world, and even though sometimes my problems feel so big and this town feels so…annoying, seeing it for what it is -a tiny little blurb in the vastness of the mountains, is always relieving! 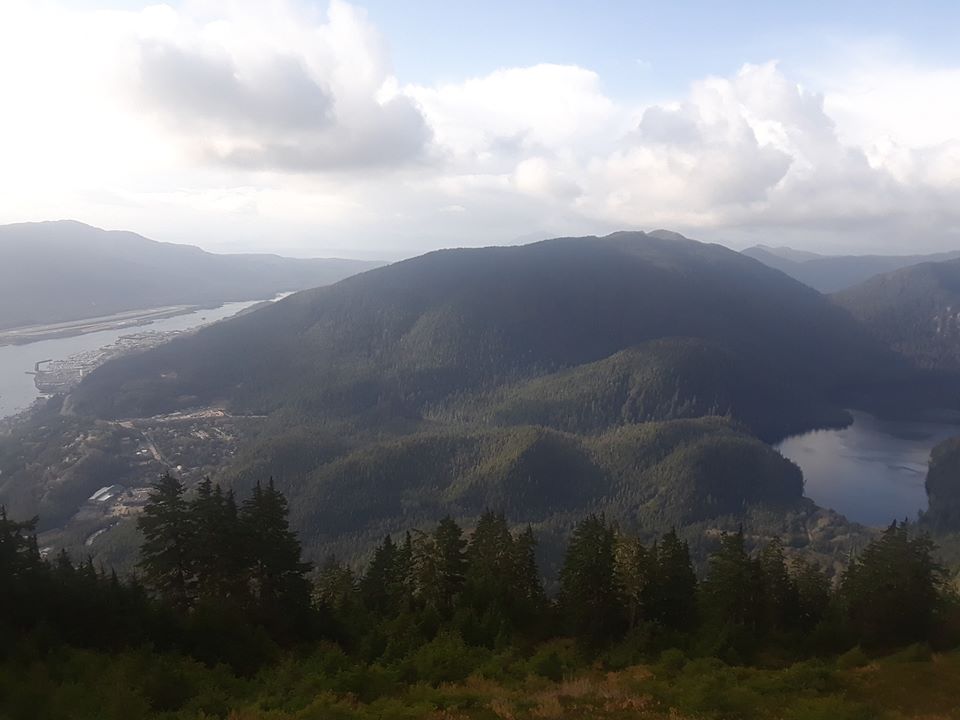