I got back the 10th of December. Just in time to throw myself haphazardly into the festivities that surround this time of year. It has been pretty much nonstop Christmas since I got back and by the time the day actually did arrive? I think we were all pretty much ready to call it quits. Ok, maybe it wasn’t that bad. But still!

I started house sitting the night I got back. There was baking with friends. Shopping for relatives. Addressing 305,434,431 cards. Shopping for family. Trying to assemble the dinner, and breakfast…and then there was life, too. Still waiting to be had. And the fact that I hadn’t seen my family here for the past three months and everything was just one big ball of…stuff.

We got our tree up just in time (Christmas eve) and it will probably stay up until all the needles fall off and be haul a bare tree out to the woods.

My motto this year (and I believe last year too) was “Tis the season!” It was my answer to pretty much everything and anything. Computer deleting six months of business data? Tis the season! Let’s all be jolly!

The other day while talking to Amanda across the internet –I stumbled upon Google who was, apparently, all decked out for the holidays as well…but the phrase? “Tis the season!” I found it funny so took a screen cap to send to Amanda –who at the very same time was taking a screen cap of Google over in England. We both sent the files to each other at the same time… 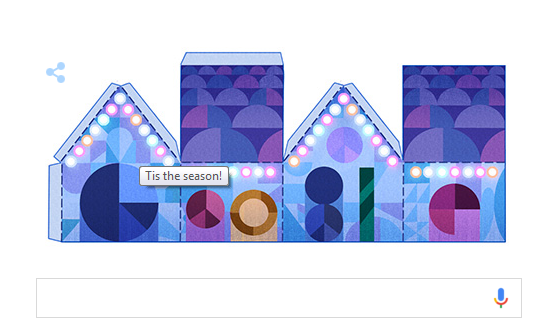 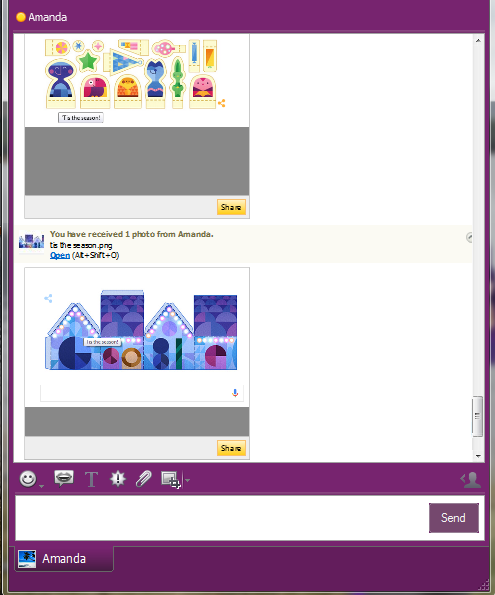 Christmas day was {mostly} uneventful. We had coffee, presents and all the holly jolly we could muster. 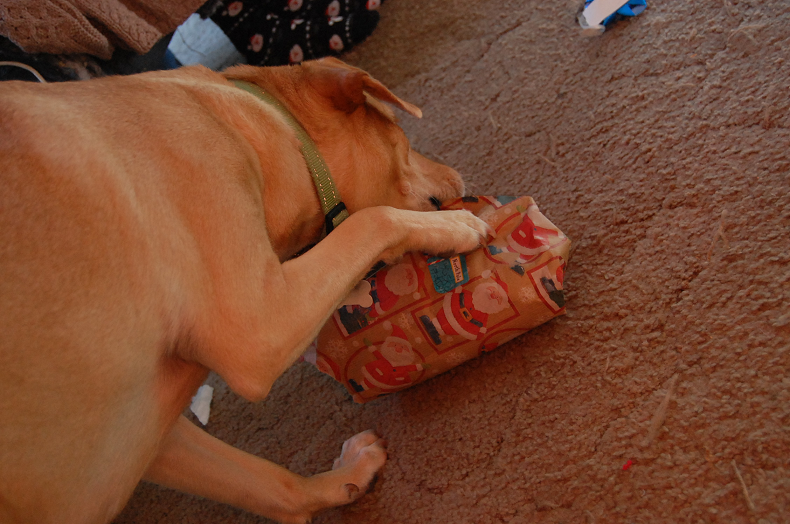 Yoshi unwrapped a stuffed groundhog toy that sounded like a pig -she loves her some pigs. 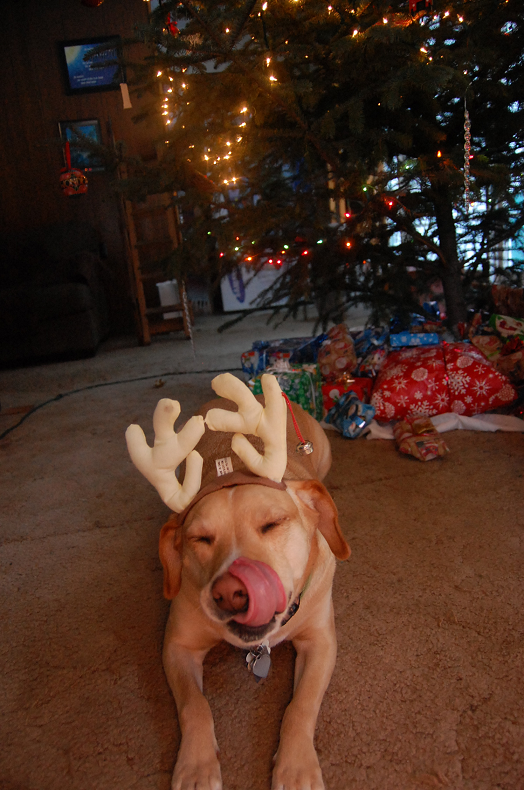 But she hopes everyone got a groundhog to un-stuff! 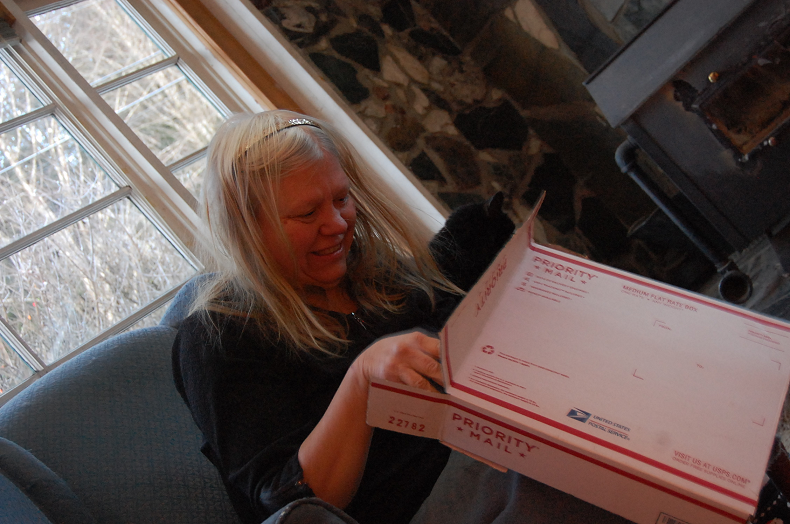 Mom pretty much has the best reaction ever when she opens presents.  It doesn’t matter what it is.

Say what?  I was scared to open any more gifts after this one…worried that the second part of “Our” would pop out from under the tree.  Thankfully mom said she hadn’t seen the words -only the penguins. 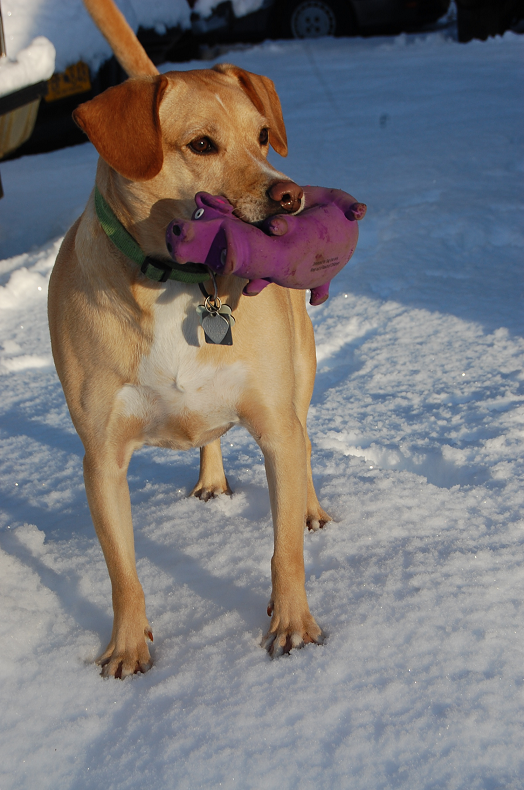 You can’t really tell from the pictures -but there is about ten inches of snow under Yoshi.  She took one look at the snow and turned and ran for the office.  Girl doesn’t like the snow this year!

Yoshi and pig making a break for it.

…and now? It is all about trying to find that happy middle ground somewhere beneath ten inches of snow and ice. Trying to regain my footing here without losing my mind and trying to remember just what it was I did here before I left nearly four months ago. Ah, indeed.