We walked through the water, and UP the middle of the waterfall.

So yesterday a couple friends asked me if I wanted to go hiking up a waterfall. I said yes, because: Hiking, waterfall, friends…it sounded like a win-win to me. When we got there and I realized that they literally meant –UP the waterfall.  Not beside it, but straight up through the waterfall.  With the running water and all.

A few months ago I was writing a list of things I really want to improve in myself / do. I wrote two simple words: Be Spontaneous. Now I, kind already consider myself spontaneous (with traveling to and fro and what not) but I don’t feel like I say “yes” enough. I don’t feel that I do random things, things I know I will enjoy –because of fear. I hold myself back because I am scared of something stupid.

So I went for it.  I pushed whatever fears I had that were trying to flood my mind (cold water, getting wet, falling, drowning, etc.)

I climbed the waterfall with them. Straight up the falls. Slippery rocks, rushing water, sitting in the water fall (both on accident and purpose). 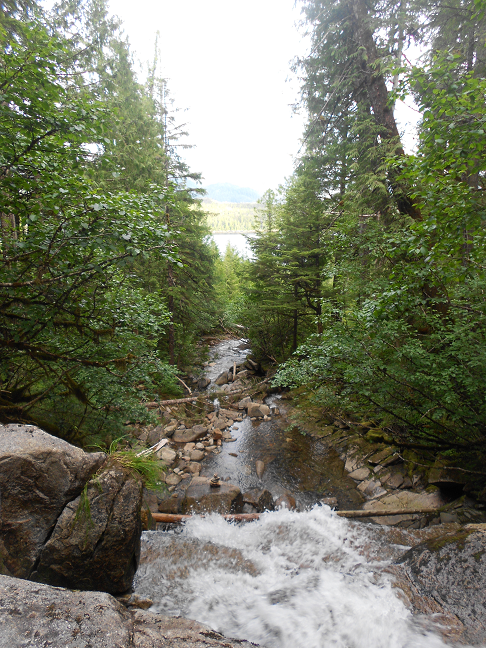 The view from the top

As I sat down in the waterfall (because it’s some sort of unspoken rule that after you climb up a waterfall –you have to sit in it) I laughed and said to myself “Sitting in a waterfall wasn’t ever on my ‘to do list’ but it sure is on my ‘done’ list.” It’s not something I would have even considered a possibility (hiking up a waterfall? Seriously?) but I did it. It was awesome. I would do it again tomorrow if I could.

I only ran into issues when I realized that my legs were a few inches shorter than theirs and couldn’t make the same steps they could -meaning I had to improvise quite a lot.  By the time it was over I was soaked from the waist down -but it was totally worth it!

This whole spontaneous thing is turning out to be one of the best things ever.

View from the bottom

Here is to sitting in more waterfalls.