Today’s drive was relatively ‘short.’ Only scheduled to take about an hour. Of course it took about 3 hours once it was all said and done. We arrived at our destination early, so instead of hanging around waiting – we kept driving to another town.

We stopped at some amazing beaches, hunted shells, fell in the water, jumped in the waves, and got wet and sandy.

Our detour took us to another town where we found a shopping mall, and spent our time trying to round up food, and go down tiny slides. Because when you are traveling with a three year old –most stops involve slides. Or candy. Or both.

When we got to the place we were staying –our host took us for a walk to the beach. Shortly after she left, we saw lightning and thunder. We took off back for the house. Where she took us for another walk to see kangaroos. 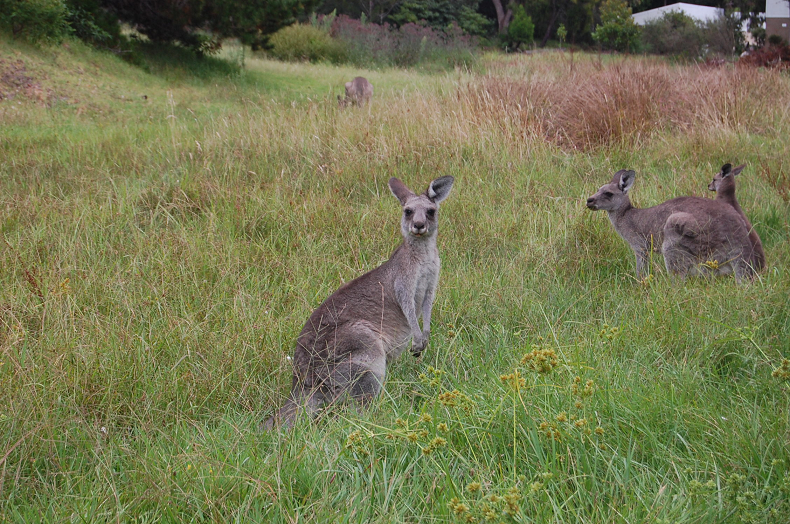 She didn’t seem to think the storm would last.

But was worried the thunder might have scared the kangaroos off. 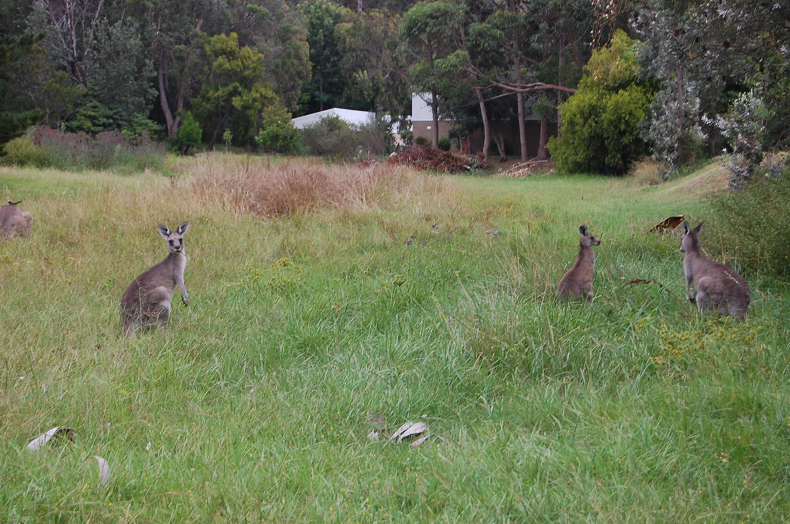 When we got to the last spot where they might be eating dinner –we saw about 6 of them. Kangaroos! In the wild! Right in front of us! They were smaller than I expected, but were really neat to watch.

It never did rain that hard.

When it was time for bed, I was inspecting my sheets (as per tradition) when I saw long spidery legs go underneath the mattress. Terrified, I flew up the stairs as fast as I could.

Amanda and David helped me tear apart my bed to no avail. Convinced I had made it up in my head (I really hate spiders) I decided to put the bed back together. Which is when Amanda spotted him: A spindly legged spider running across my blanket. Any attempts to catch him just sent him running the other way. Needless to say I’m sleeping on the couch. But it leaves a question: David says that spiders are only scary if they are poisonous. Amanda and I hold firm to our belief that it doesn’t matter if they are poisonous or not: They are scary regardless! What do you say?