This weeks You Capture is, Orange.  I was thinking “Oh perfect, Ive got this nailed” and went off in search of orange.

He humored me for the first shot*. 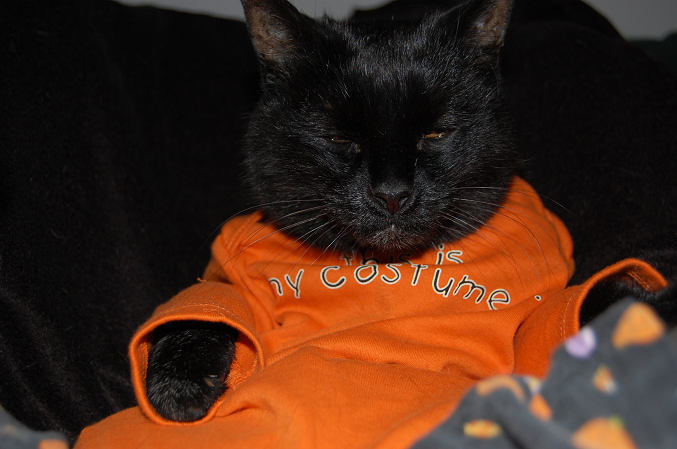 …and then it all went downhill.

I added Odo to the mix (they are, arch enemies, didnt I know?)

But its cute, right??

Especially when I took Tomcat out of the picture 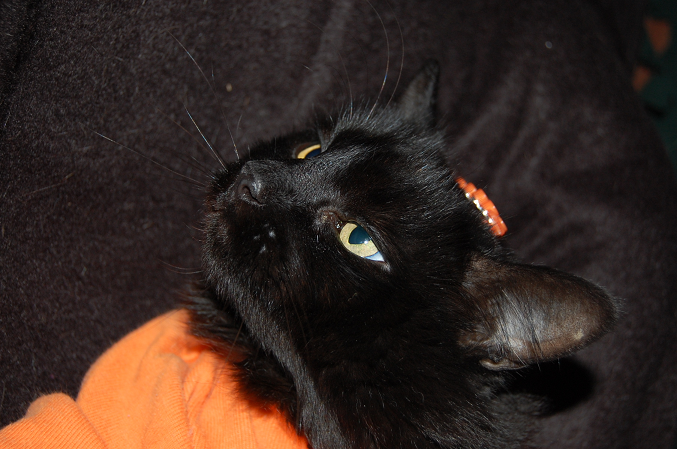 But then she told me to talk to the foot, and I took a hint.

And went downstairs and took pictures of…

But she didnt think so.

And I stood out there telling her to “Sit!  Hit!  Hit, Slim, Hit!” (because she does this really cute thing when you tell her to hit) but she wouldnt do anything.  She even refused to look at the camera, and Im sure everyone wondered why I was telling a dog to hit. 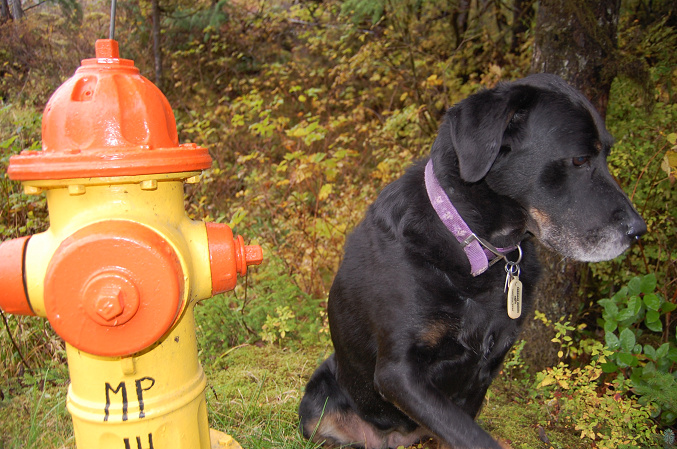 And then she too was all “Im outta here”

Also – Since this is You capture – I figure there are a lot of photographers out there, I have a question that I posted on twitter – My friend and I are having issues (at the same time – again) with our cameras – there are little spots showing up on the pictures due to dirt or something on the mirror like things inside the camera.  Ive tried wiping it with the cleaning cloth he came with, and shes tried the suction/vacuum thing and weve had no luck (I just have lint all over the inside of my camera now, and she has to photo shop the spots off!!) So does anyone have any advice?  Help!

*I take their pictures every time this year, in the same outfits, generally speaking, last years pictures are here.  I have an old picture from the year before of them when they first got those outfits – but I dont know where it is now!

4 thoughts on “You Capture: Orange”